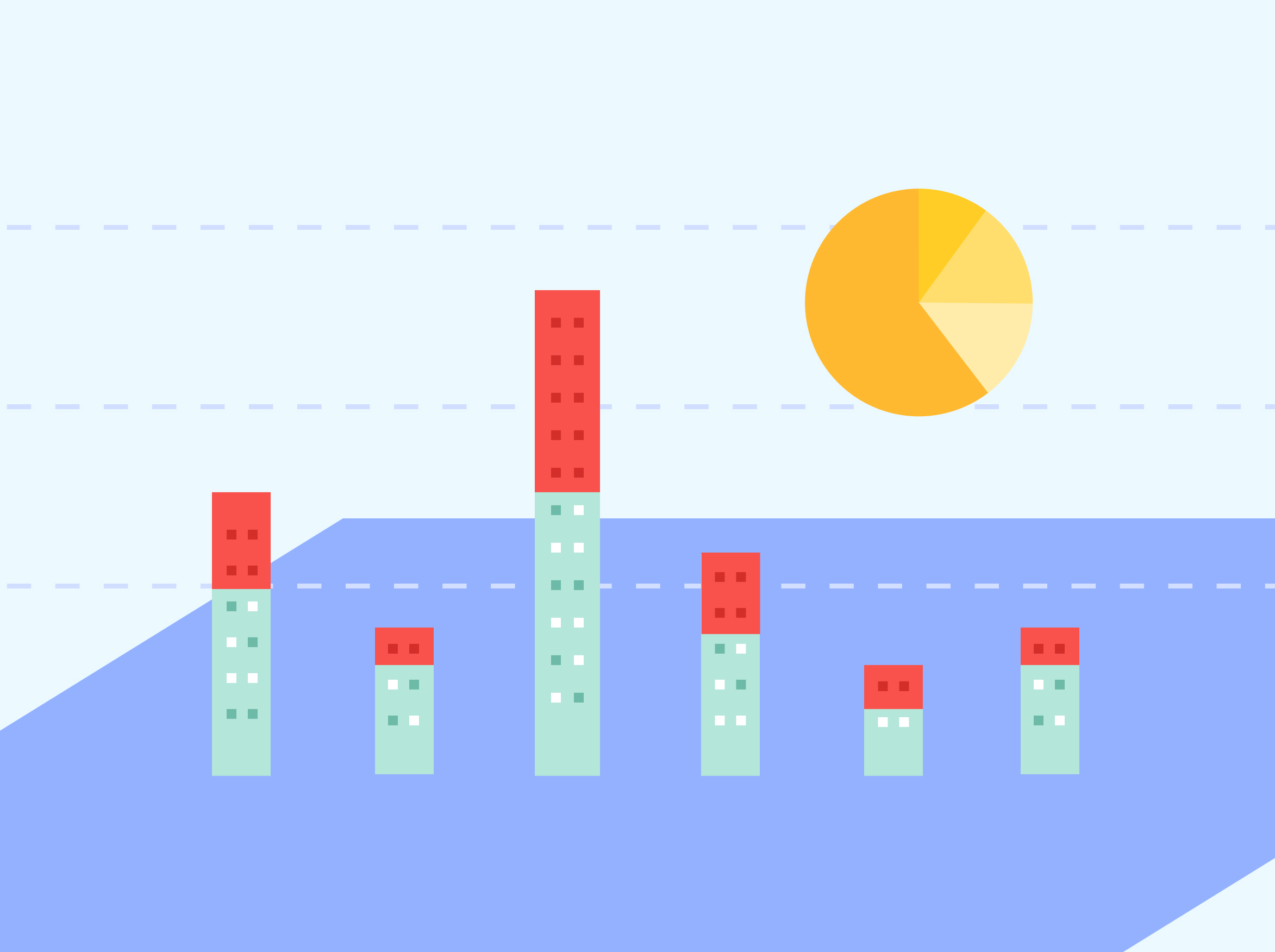 After more than a year of office space hibernation, the world is shifting. We’re reaching in the back of our closet for our pants and backpacks and talking about reentry -- to commuting, to communal workspaces, to life as we once knew it. We’re imagining what working in the same physical space once again might mean -- what it will look like, how many days a week, just how close we can sit next to one another, how we will hold meetings with people not just in different buildings, but different cities, different continents.

At Outer Labs, reentry isn’t only a problem to solve but an opportunity to think about the future of buildings beyond the initial months of returning to the office. Kyla Farrell, a senior software engineer with a background in architecture, is working exclusively on our reentry projects.

“There is going to be an experiment coming back to the office. Some companies have said they’ll be remote forever, some are hybrid. There is a spectrum,” she says. “Before the pandemic, everyone was moving toward an open office plan. There was an understanding of what a successful office looked like. But I think we’re entering a phase where there’s going to be a lot of experimentation around that, a lot of trying out different things.”

What does it mean to have a meeting room where half of the people are video conferencing in? What does it mean when you don’t actually need to be at a desk? How do you design impromptu interactions into a planned workspace? Do cafeterias still make sense?

Outer Labs works with clients who have large operations housing a lot of workers. With the pandemic, “they went from operating and working inside a lot of real estate to, all of a sudden, having to coordinate a large workforce in new ways that have an impact on things like productivity and the ability to connect and foster innovation,” explains Agnessa Todorova, our Director of Customer Success who’s in charge of a client’s workplace reentry project.

“A lot of times this is very much tied to interpersonal connections and what we call, in architectural terms, ‘casual collisions,’” she says. “This means we design certain spaces  that will allow people to walk from their lab or desk to outdoors, for instance, to run into a fellow researcher and then have a spontaneous conversation, to connect in a way that you otherwise wouldn't because it takes more inertia to actively seek someone out.”

So how do you build causal collisions into a hybrid workforce? How can technology help achieve this? These are the sorts of ideas Agnessa says companies are starting to think about.

At the start of the pandemic, even the best-prepared companies scrambled with what they had as offices shut down abruptly and workers set up home offices and video conference equipment. Coming out of it is allowing us to rethink our relationship to the workplace. “So, for example, some people say we have to physically distance the desk. So, let's open a couple buildings with physically distanced desks. But we don't know, is that going to be the future of the workspace?

Just because something worked in the Before Times doesn’t mean it was the best way to do things. Outer Labs is enabling users to run experiments and understand the impact of those pilots on their entire portfolio of workspaces so that they can make some decisions. A lot of this is based on existing requirements -- like what is the best ratio of user per space, or distance from workspace to cafeteria? We study these and then try to understand what it means if we change things by creating software tools where you can, for instance, try different layout scenarios and see how each of your metrics change. How will it affect density? Will some people be too far from the cafeteria? It’s kind of like a virtual sandbox.“

The distancing is a short-term solution. Some places call it pre-vaccine,” Agnessa says. “But then there are all these post-COVID thoughts about what workspaces should look like. There are a lot of new ideas emerging around providing spaces that are more tailored to what people are actually doing. So it’s not just one open space but more about what kind of a team you are. Are you a sales team that's mostly out and about in conferences and talking to people or are you an engineer who is focused on coding and needs a quiet space and uninterrupted focus time?”

This could mean that open office layout, long considered an efficient way to house a lot of employees and encourage collaboration but not tailored to the actual work people do, is on its way out almost a century after it first emerged. Early modernist architects such as Frank Lloyd Wright, who are credited with originating the open building plans, saw walls as “downright fascist,” noted Scientific American in a 2009 article on the origin of open plan offices. In the first half of the 20th century, this meant rows of desks in a sort of a “white-collar assembly line.” Cubicles emerged in the 1950s in an attempt to offer some privacy, but within a few decades companies began reverting to open plans. If another architectural and design shift is brewing, technology is making it easier to test the waters.

“Our collaboration has been super interesting because we're basically consulting to help understand the logic and intuition that goes into designing a workspace from the inside out, and then Outer Labs is translating our design process into a series of tools to automate parts of that process,” says Suzanne Blair, principal at Sera Architects in Portland, Oregon. She helps lead the workplace studio at Sera and has been consulting with Outer Labs on related projects. “We’re learning how to define where we're making decisions, where you might usually jump through a few different options in your head after years of experience designing and just say ‘this is the right answer, or these are the five right answers. We're looking back at those key things and how we're prioritizing and how we're evaluating and then trying to communicate that in our design process so that the software designers can actually create code that replicates that.”

"We're looking back at how we're prioritizing and how we're evaluating and then trying to communicate that in our design process so that the software designers can actually create code that replicates that."

Communication and collaboration between engineers and architects, she says, has led to some interesting realizations. “We're finding all of these similarities in how our brains work, even though it's a very different process, frankly. So for us, we're thinking about designing physical space, but there is logic and rules to everything we're doing,” she says.

When it comes to workspace reentry, a lot of Sera’s clients are looking at reoccupying existing spaces while also looking at planning for future offices.

“We've been working at home relatively successfully for the last year and ⅓ or so. We had to, we didn't have many choices. We just had to adopt. And now you can be intentional about how you want to come back,” Suzanne says.

There are a lot of components to this, No. 1 might simply be being with colleagues. This is the sort of magic that happens in person, with mentoring and casual check-ins and interacting with people you are not necessarily working with.

“As we go back, we are not necessarily redesigning everything from scratch but making tweaks to existing spaces that we were in in 2020,” Suzanne says. This means moving desks around, creating more spaces for collaboration, making room for people to be in larger spaces, outdoor/indoor spaces and agile workspaces that make sense for people who might work from home part time.

This has the potential to change our assumptions about how we plan workspaces. Instead of planning for every single person to sit at the same desk every day, it might be more flexible. Room for people to drop in and out, have different spaces that are more suited to what they need to do while they are in the office.

The work Outer Labs is doing is the ability to test all of these hypotheses on a computer first, Suzanne explains. So you can say, “what if I arrange my space so that it was entirely based on collaboration instead of focus?” What if we just said individuals, if they needed to focus, would go into a conference room and work there and everything else about the space was about collaboration? You could test that way out incredibly quickly, understand the capacity, understand how far apart people would be or how many people could be there at a time on Monday, Tuesday, Wednesday, Thursday, for half your office to go back and forth. You could then flip it and go the other direction. It means, she says, “being able to play out all the scenarios super quickly and understand the implications to the workforce.”

“What's exciting to me as a workplace designer, is that this is this whole new world. We've kind of been doing offices in relatively the same way for the last few decades, minor tweaks here and there,” Suzanne says. But the idea that we could be designing for optimizing that in-person interaction in an office and then allowing some individual work to be happening more in other places, like outside -- it will change the balance of the space that we design. I like the idea that we are not tethered to the past any more.”